Kosovo National Football Team Manager, Bernard Challandes, has named his squad for the upcoming Euro 202 qualifiers against the Czech Republic and England.

The National Team of Kosovo will hold its first training session on Monday at 18:00hrs at the Fadil Vokrri Stadium in Prishtina.

Ahead of the training Kosovo manager Bernard Challandes is to hold a press conference.

There are no big changes seen in Kosovo’s squad and as in previous qualification games held in October, Challandes has invited Arbenit Xhemajli, from Kosovo’s U-21 squad.

Kosovo will play two crucial matches as part of the qualifications for the European Championship 2020.

On 14 November Kosovo team will travel to the Czech Republic and three days later it will host England in Fadil Vokrri Stadium in Prishtina.

Currently, Kosovo is ranked as third in the Group A with 11 points collected in six competitive games and is only one point behind the Czech Republic and four less than England, which tops the Group A. 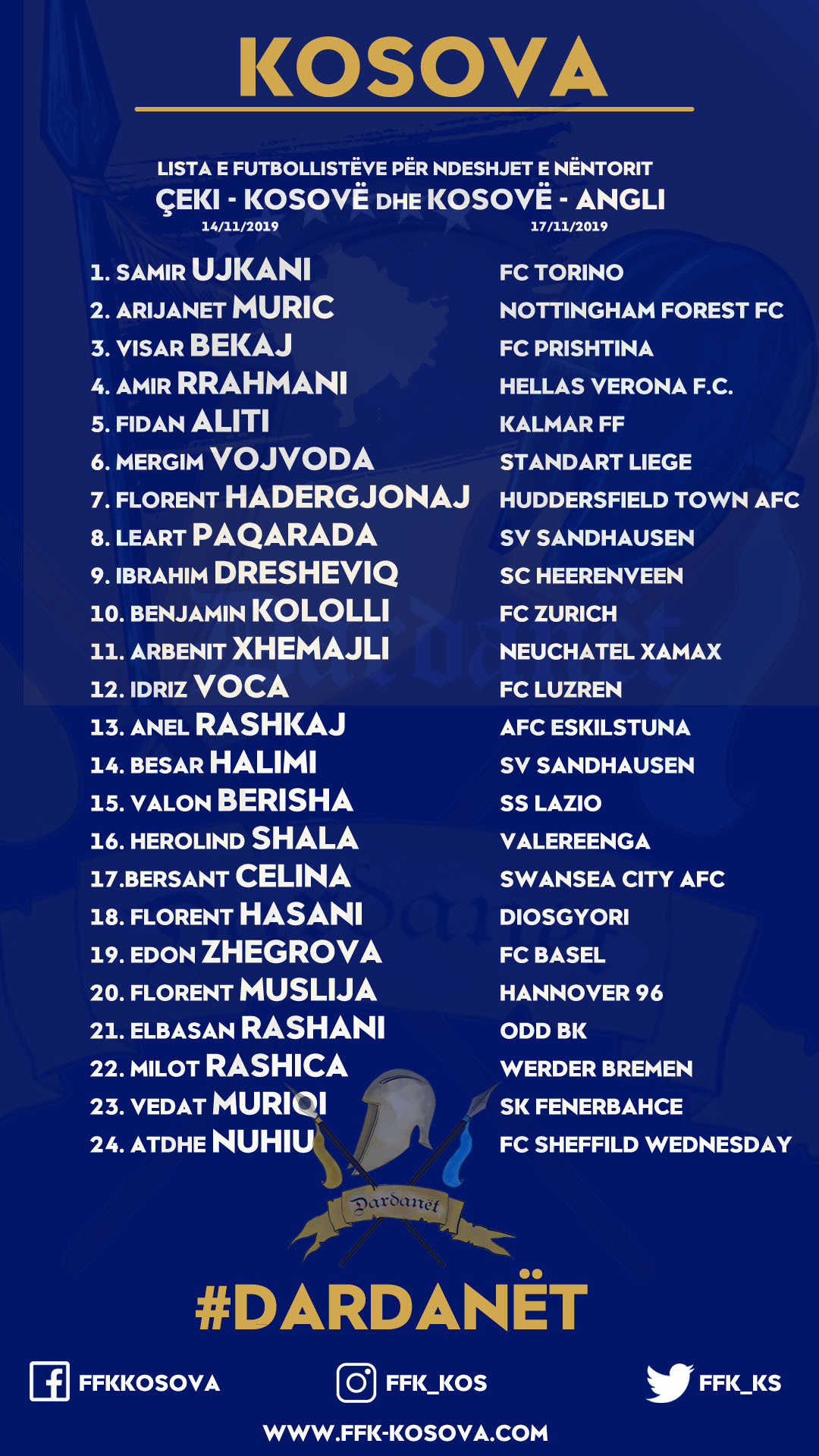 Muriqi discusses his goal for Kosovo in friendly loss to Albania

Euro 2020 play-off more than just a game for Kosovo

Muriqi discusses his goal for Kosovo in friendly loss to Albania

Euro 2020 play-off more than just a game for Kosovo

Kosovo and Albania with a joint basketball league

Olympic champion Majlinda Kelmendi gets statue in her hometown

Rrahmani lined up for Napoli

Dardanian dreams not dead yet

How war-torn Kosovo can stun England...