The president of the country, Hashim Thaçi, has responded through two letters to the incumbent prime minister and the leader of the LVV, Albin Kurti, where he has asked for a new name of a candidate for leading the new government.

The President of Kosovo Hashim Thaci sent a letter to the incumbent Prime Minister of Kosovo Albin Kurti, where he requested the proposal for the nomination of the new candidate to be mandated for Prime Minister.

In this letter, Thaci informs Kurti that the required steps to form the new government will be taken in compliance with the Constitution of Kosovo, adding that the winning political party in the last elections has the right to propose a candidate for Prime Minister.

Thaci has also sent another letter to Kurti today, where he expresses appreciation for Kurti’s two letters sent to him on Wednesday, noting that it was a pleasure to meet him. 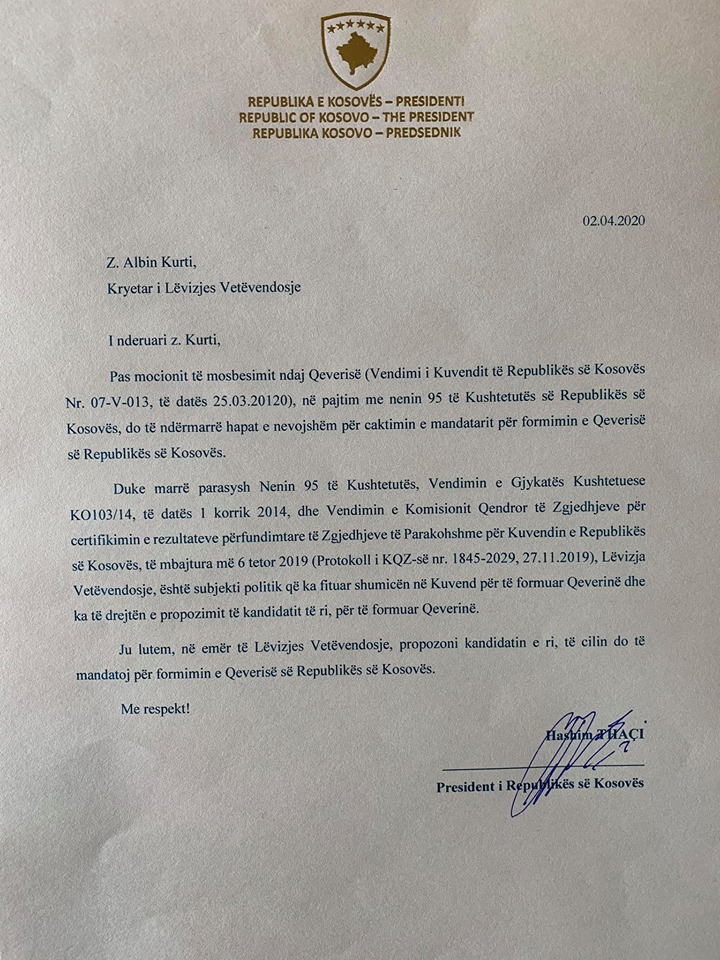 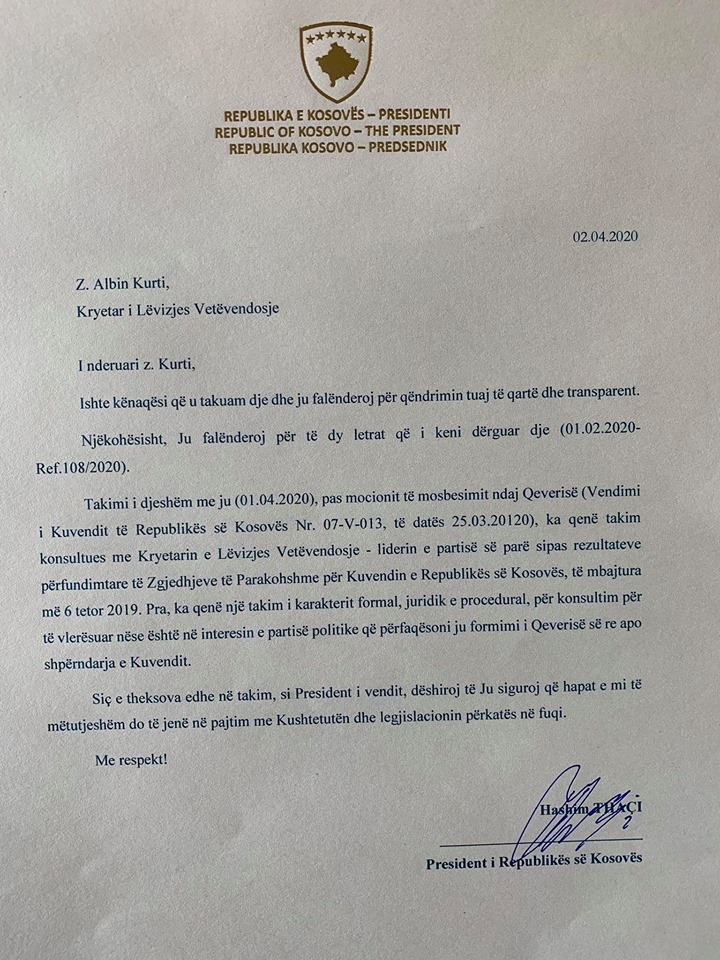 Pacolli: Constitutional Court decision to be respected by all

Pacolli: Constitutional Court decision to be respected by all

Hoti government to be voted Saturday or Monday

Montenegro decides to open border with Kosovo on June 1

Haradinaj: Hoti government to be formed as soon as possible

Abazi: This is state capture