The bilateral relationship between Kosovo and Germany is strategic and special, said on Tuesday the Minister of Foreign Affairs and Diaspora of Kosovo, Meliza Haradinaj - Stublla.

In a telephone conversation with her German counterpart, Minister Heiko Maas, Minister Haradinaj-Stublla said that in difficult times, German support was crucial for peace and state-building efforts in Kosovo and that today Germany continues to be the biggest supporter of Euro-Atlantic Kosovo, its security and stability.

"To this strategic relationship is added the value of our diaspora in Germany, who are great contributors to our historical, political, and economic friendship," said Kosovo's chief diplomat.

The difficult situation with pandemics, political developments in Kosovo, and the high expectations in the German EU Presidency regarding the conclusion of the visa liberalization agenda were also among the topics discussed in the phone conversation.

"I thanked Minister Maas for the principled position held by Germany in favor of maintaining the territorial integrity of Kosovo, and expressed confidence that the dialogue with Serbia will take place respecting this principle," said Minister Haradinaj - Stublla. 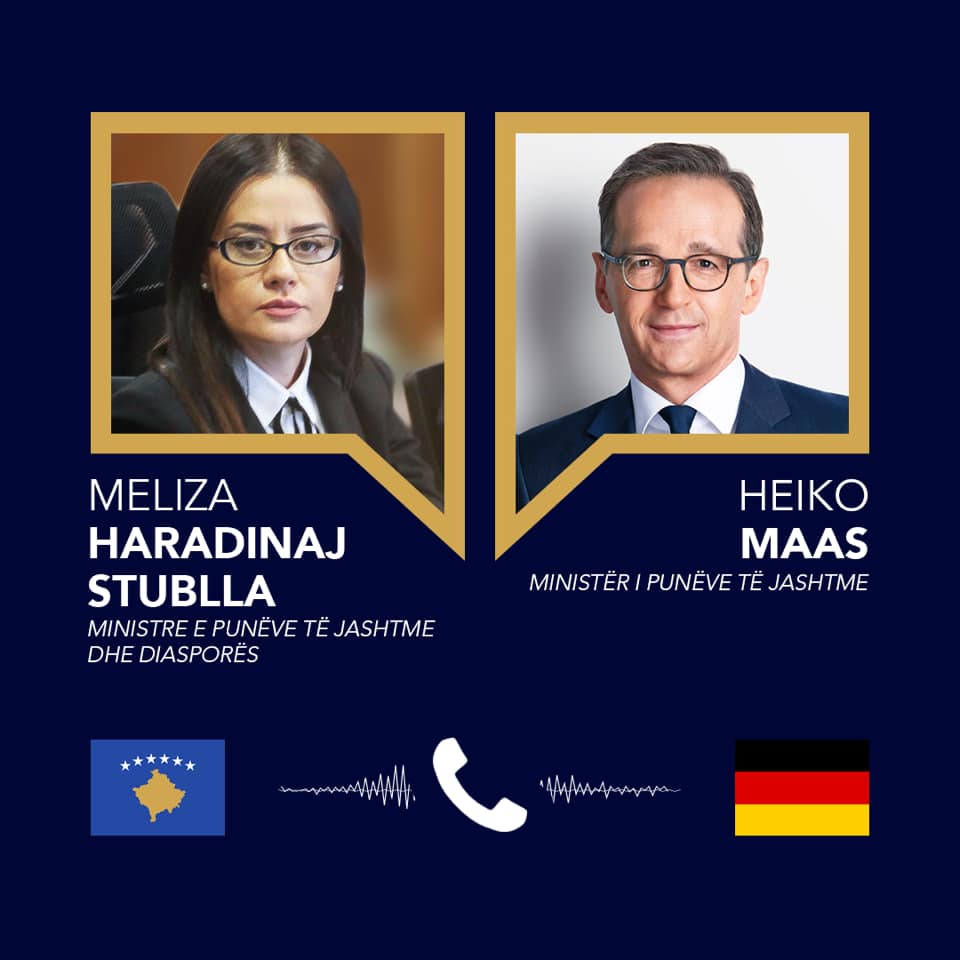 Kosnett: In effort to honour KLA, do not undermine its freedom legacy

Kosnett: In effort to honour KLA, do not undermine its freedom legacy

Hyseni: Agreement with Serbia to be reached in a year’s time

Thaci decrees the law on budget

New German Ambassador: Dialogue with Serbia is a priority

Ismaili: Joining the government, not an option for PDK